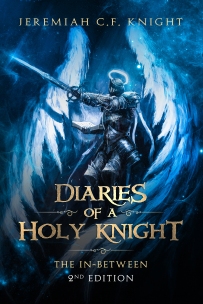 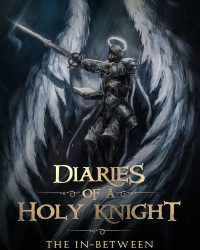 I have been having a time of changes in my life leading me into the new year and I have been led to start a few new things.

First my wife and I have began a YouTube channel called The You R Awesome Show https://youtu.be/oGn8uZGMBJU — This show comes on every Monday at 1200 to 1230 central time and we cover five subjects of not from the week prior and even some moving forward in the world.

Third the edits to Diaries of a Holy Knight: The In-Between are on-going and shall be done by the end of February 2018. It will then be a matter of time between getting the files to the guy I have to take care of my formatting needs, he is totes awesome btw. I then simply have to upload the files and Diaries of a Holy Knight: The In-Between 2nd Edition will be out for all to enjoy!!!

Fifth you are awesome and I believe in literally all of your dreams, just not those about murder, rape, gorilla racing, or koala biting. Koala hugging = sure… but watch out!!! Those animals are whirling wisps of ancient rages released on some bloody battlefield and collected into those vicious cuddly bodies just waiting to let it all out again.

God bless you all.

This is a text widget. The Text Widget allows you to add text or HTML to your sidebar. You can use a text widget to display text, links, images, HTML, or a combination of these. Edit them in the Widget section of the Customizer.
%d bloggers like this: